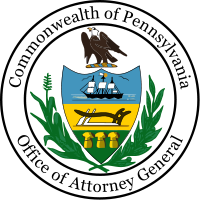 Shapiro, commenting on the recommendation, said “I have the responsibility of protecting our most vulnerable citizens, including seniors living in long-term nursing care facilities,”  If we allow nursing homes to include pre-dispute arbitration clauses in admission contracts, our seniors will have less access to the courts and to justice.  I won’t stand by while seniors lose their rights.”

Pennsylvania is home to 2.2 million seniors which is the 5th highest senior populated state in the country, behind only Florida, Texas, New York and California.